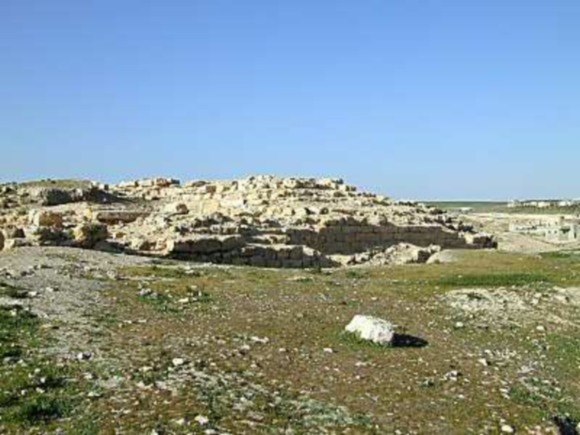 All that is now visible of ancient Dibon is a partly excavated tell beside the present-day village of Dhiban, just north of the spectacular Wadi al-Mujib gorge, biblical Arnon. Though it had an Early Bronze Age settlement, the period about which most is known is the Iron Age, especially the 9th century BC, when it was the capital of Mesha, king of Moab.

Inscribed on the Mesha stele (in an early script very close to Hebrew) is the king’s claim that he liberated and rebuilt towns in Moab, previously captured by Israel. At Dibon he built a high place for his god, Chemosh, and repaired ‘the parkland walls… the walls of the acropolis; and… Its gates, towers and… The king’s residence’. He also restored the town’s water supply and made every household have its own cistern.

Parts of the massive 9th-century defences were revealed in excavations in the 1950s to 6Os; so too was a Nabataean temple, a tower which may have been part of the Roman fortifications, and a Byzantine church.

When the black basalt Mesha stele was found here in 1868, the news caused a flurry of bidding between the Prussian and French Consuls. Convinced the stone held treasure, the local Bedouin smashed it to pieces. But a Frenchman, Charles Clermont-Ganneau, had made a squeeze of it and, when he collected the pieces, the stele could be reconstructed. It can be seen in the Louvre in Paris.