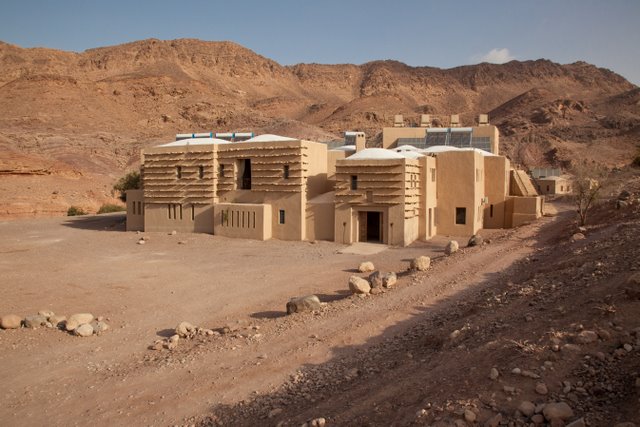 One of life’s transforming discoveries- how to smelt copper – occurred in the Chalcolithic (‘copper-stone’) age,cc 4500-3 300 BC, and copper implements such as axes and arrowheads gradually replaced flint. In Jordan, copper mining and smelting only began at the end of this period, its main centre at Faynan, about 60km south of the Dead Sea, where Wadi Dana approaches Wadi ‘Araba. The exploitation of copper was not a continuous process, but occurred as the need for arms, tools and coins dictated, and was dropped in periods when demand for copper decreased.

Faynan (perhaps Biblical Punon) was one of the largest copper-producing sites on both sides of Wadi ‘Araba – some scholars suggest it was the site of King Solomon’s mines. There are c. 250 mines in the area, and up to 200,000 tonnes of stag from different periods which produced about 20,000 tonnes of copper.

The Romans restarted mining – probably to mint coins to pay the army – and built a town here called Ptiaino. The mines and kilns were mainly worked by slaves but, according to Eusebius (the 4th-century historian and bishop of Caesarea), in times of persecution Christians were sent to work here and many died in the terrible conditions. Later Phaino had its own bishop. Copper production continued here periodically up to early Mamluk times.