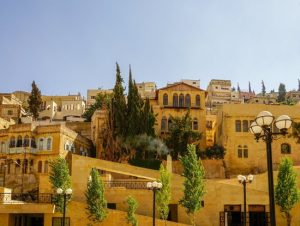 First, it was Petra then Wadi Rum, Qusayr Amra, Um El Rassas, The Baptism Site, and now the town of Salt, in Balqa, is to be presented for nomination. When one reads the criteria of the nomination, one cannot help but immediately muse on the town that gave its name to the sultana (the tasty dried grapes produced there for centuries).

To be an outstanding example of a traditional human settlement, land-use, or sea-use which is representative of a culture (or cultures), or human interaction with the environment especially when it has become vulnerable under the impact of irreversible change;

To be directly or tangibly associated with events or living traditions, with ideas, or with beliefs, with artistic and literary works of outstanding universal significance. 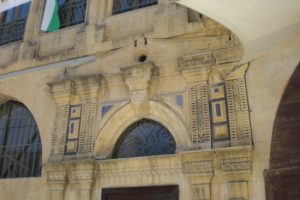 Salt, which is located just northwest of Amman, has attracted settlers since the Iron Age at least. It is located on the ‘Frontier of Settlement’; the line between desert and fertile soil and plentiful water. The town has always provided security from marauders and was also perfectly placed on the north-south trade routes, and those running from east to west, linking the interior with Jerusalem, Nablus, Nazareth and the Mediterranean coast. It has a mixed Muslim-Christian population and its trading tradition helped create an atmosphere of tolerance and coexistence. Salt has witnessed many a golden age making it unique in Jordan and beyond. 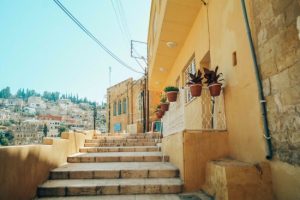 The rich history of Saltos Hieraticon is evident from the Roman tombs on the outskirts of the town, and the 13th century Mameluke fortress, where you can feel the trace of all these civilizations as you walk from it and onto the centre of the city. 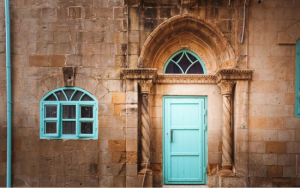 The town was the centre of lucrative trading between the region and urban industries in Palestine. Travellers wrote of a flourishing town with shops stocking cotton from Egypt to the famous soap of Nablus. Salt began to expand and new construction and architecture sprung. The first modern Church was built, along with the first hospital and school. Shops spread, and houses made from yellow stone, that incorporated indigenous and European styles, with more than one storey, domed roofs and inner courtyards, some with frescoed ceilings painted by Italian artists.

When you walk the streets of Salt today and take in its aura of timelessness, stop and remember that it has stood the test of time, being continuously inhabited for centuries upon centuries……….