As Seen on Screen 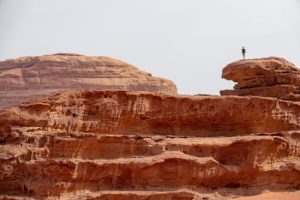 Wadi Rum is one of Jordan’s main tourist attractions and a favourite location for filmmakers. It was a filming location for many blockbusters which helped raise the international profile of the beautiful, mountainous desert region of Wadi Rum, which is now a UNESCO World Heritage Site. Hers is a  lowdown on five decades of movies filmed on location in Jordan. 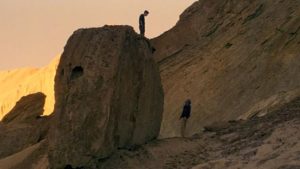 Wadi Rum’s labyrinth of valleys formed by steep red-coloured rocks has been attracting film crews ever since Lawrence of Arabia. Its extraordinary landscape has even been used to represent planet Mars. In the last decade, it’s been the location for films including sci-fi blockbuster Transformers: Revenge of The Fallen, and Gerry, a cult movie directed by Gus Van Sant about two friends (Matt Damon and Casey Affleck) getting lost in the wilderness. In Prometheus, the 2012 prequel to the Alien series by director Ridley Scott, Wadi Rum makes a return to our screens. The sci-fi adventure is about a team of explorers discovering a clue to the origins of mankind on Earth, leading them on a journey to the darkest corners of the universe. As a cinematic credit to Wadi Rum’s movie heritage, there’s a scene in Prometheus where lead character David (Michael Fassbender) is watching Lawrence of Arabia! 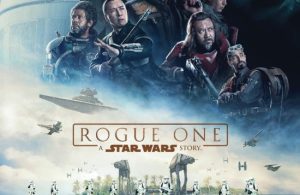 Rogue One: A Star Wars Story (or simply Rogue One) is a 2016 American space opera epic film directed by Gareth Edwards. Filming in Wadi Rum in Jordan was used to represent Jedha. Aladdin; Film produced by Walt Disney Pictures. Directed by Guy Ritchie, from a screenplay he wrote with John August, it is a live-action adaptation of the 1992 Disney animated film of the same name, which in turn is based on the tale of The Thousand and One Nights. In October 2016, Disney announced that Ritchie would direct a live-action remake of Aladdin. Will Smith was the first cast member to join, signing up to play The 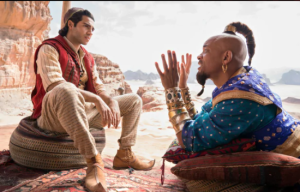 Genie of the Lamp. Principal shooting began in September at Longcross Studios in Surrey, England, also in Jordan’s Wadi Rum desert, and ran through January 2018. Dune is an upcoming epic sci-fi film directed by Denis Villeneuve with a screenplay by Jon Spaihts, Villeneuve and Eric Roth. The film is an international co-production of Canada, Hungary, the United Kingdom and the United States, and is the first of a planned two-part adaptation of Frank Herbert’s 1965 novel of the same name, which will cover roughly the first half of the book, a series first published in Analog magazine. The film stars an ensemble cast that includes Timothée Chalamet, Rebecca Ferguson, Oscar Isaac, Josh Brolin, Stellan Skarsgård, Dave Bautista, Stephen McKinley Henderson, Zendaya, David Dastmalchian, Chang Chen, Sharon Duncan-Brewster, Charlotte Rampling, Jason Momoa and Javier Bardem. Filming began on March 18, 2019, at Origo Film Studios in Budapest, Hungary, and also took place in Wadi Rum in Jordan. 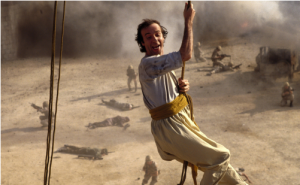 Films shot in Jordan in the 1990s include Son of The Pink Panther. Italian star Roberto Benigni replaces Peter Sellers as the comic hero, playing Inspector Clouseau’s son on the trail of a kidnapped Middle Eastern princess. His farcical capers take him to Monte Carlo, Nice, and Jordan, including the narrow back streets of Amman and Petra, the ancient rose-red city carved into Jordan’s desert rocks. 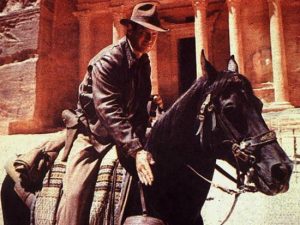 Not surprisingly, as one of the New Wonders of the World, Petra figures prominently in several international movies. Jordan’s most popular tourist attraction is forever linked with Steven Spielberg’s 1989 movie, Indiana Jones and the Last Crusade, starring Harrison Ford as a 1930s adventurer archaeologist. Petra is the perfect setting for a plot about Indiana’s search for the mysterious Holy Grail before the wicked Nazis find it first. The Grail could have no more fitting home than within this Lost City’s Treasury, carved out of the rocks of Jordan’s Edom Mountains over 2,000 years ago. 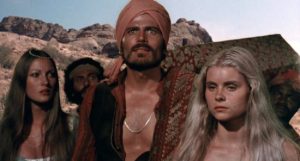 The special effects involving men fighting giant monsters in Sinbad and the Eye of the Tiger seem unsophisticated in today’s age of advanced computer-generated imagery. One scene of ships was actually filmed in a huge water tank in a studio. However, the live-action was also filmed with a backdrop of real ancient castles, desert wildernesses and seascapes, located in Spain and Malta as well as Jordan. And yes, Petra’s beautiful Treasury is used yet again. 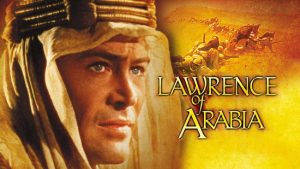 Back to where we started and the visual splendour of Lawrence of Arabia lies in the breathtaking deserts and cliffs of Wadi Rum. We also see the black basalt landscape of Jabal Tuwayq, near Jordan’s Saudi Arabian border, whereas the camel ride entrance of Sherif Ali (Omar Sharif) used the mudflats of the lair. However, some scenes claiming to be Jordan were actually shot in Spain. The town of Aqaba, for example, was built at a beach near Almeria.