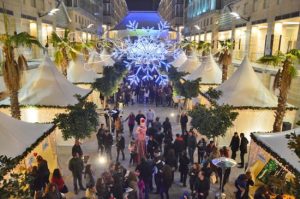 Christmas is very visible in Amman and both Christians and Muslims enjoy celebrating the festive season. The shopping and dining complex at the Boulevard in the Abdali area turns into a strip of kiosks and markets with lavish decorations and carol singers.

This year The Boulevard hosts its third Christmas festivities, with groups singing traditional English carols (along with some Arabic versions), gift stalls, visits from Santa and the lighting ceremony of a 15-meter-high Christmas tree. Similar scenes are found across the country, plus Christmas Eve services in Jordan’s churches, which are some of the world’s oldest and most revered. 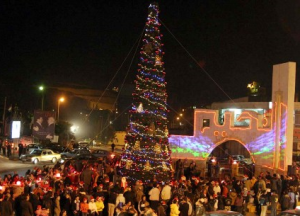 The capital makes the perfect winter base for exploring the region. A popular day trip from Amman is to the town of Fuheis, in Balqa, 20km northwest in the Valley of Jethro (Wadi Shuaib). Famous for its fresh-grown fruit and 19th-century churches, Fuheis’ history dates back to around 2000 BC. While its residents are predominantly Christians, local Muslims join them in celebrating the festive season.

A popular event is the Fuheis Christmas Festival, with a huge decorated tree as its focal point, traditionally members of Jordan’s royal family attend the tree-lighting ceremony. In 2008, HRH Queen Rania lit the tree, marking the festival’s official opening, and her sons,
Crown Prince Hussein bin Abdullah and Prince Hashem did the same in 2013.
Local restaurants such as Zuwwadeh enter the party spirit with short days and cold nights. 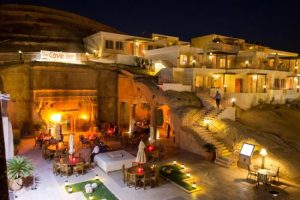 Petra winters can be taxing but there is still much of this historical gem to enjoy in winter. After a bracing walk through the mile-long Siq valley, climb to ad-Deir (the Monastery), Petra’s largest carved facade. In the evening, join as people gather for a festive cuisine course at Petra Kitchen, which runs regular cookery residential courses, where you’ll help prepare a Jordanian Christmas feast. The concept involves cooking your own dinner under supervision from the chef with her own traditional recipes. Then it’s time to feast on such winter specialities as makloubah (a dish of rice, lamb, and vegetables) and warm lentil soup enjoyed by all Jordanian families. 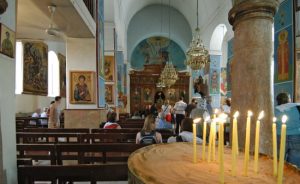 Every year there is a huge Christmas celebration in Madaba, 30km southwest of Amman, throughout December. It features horse-drawn carriages carrying a gift-laden Santa Claus, who hands out chocolates to children. Every weekend there is a musical extravaganza with songs from a violinist and choirs. The main pedestrian-only street that goes from St George’s Church to Madaba’s Visitor Centre becomes a bazaar selling local products. 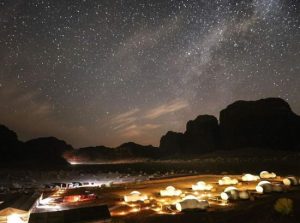 tour of the moonscape desert terrain at Wadi Rum, arriving at a remote campsite deep in the heart of the protected area. Where better to see out the old year than a Bedouin party tent with folk dancing and musicians, then learning first-hand how to make a traditional Bedouin coffee and bread. All this before a countdown and fireworks beneath a beautiful sky of stars.