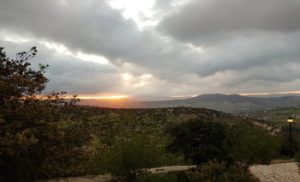 After listing Petra, Um Arassas, Wadi Rum, The Baptism Site (Bethany), and Qusseir Amrah, the World Heritage Committee of UNESCO has finally included the city of Salt in its list of World Heritage Sites on the 27th of July 2021.
This resolution will highlight the rich history and culture of this ancient town, which is one of the oldest and longest continuously inhabited cities in Jordan. Salt saw early human settlement thanks to its agricultural land and good water supply. Its modern name of Salt derives from its Latin name Saltus, which means thick forest. Some of these forests of oak and pistachio still cover the hills surrounding the town to this day. 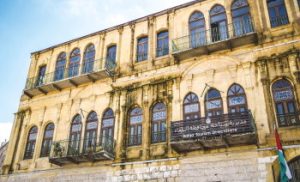 Located 30 km northwest of the Jordanian capital, Salt is built on a series of hills, with many buildings constructed of yellow stones and characterized by their Ottoman architecture style with arched ceilings and windows. The city was the regional capital for the Ottoman Empire, an Ottoman trading hub, and has witnessed the first municipality’s establishment before the Jordanian state.
Salt’s history can never be briefed in words, as it is believed that the city was built by the Macedonian army during the reign of Alexander the Great. The oldest public secondary school dating back to 1918 is located here,
along with many private schools dating back to the 1800s. 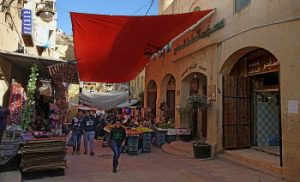 The city has a lot of tales to tell, starting with the shrine of Prophet Yusha (Joshua in English), Al Hammam Street, which hosts the local city market, the Salt Archaeological Museum, Abu Jaber’s 19th-Century Mansion, Roman Tombs, the Ayyubid citadel, and Saint George’s church (Al Khader Church); which is the only place in Jordan where Muslims & Christians pray together. Salt is and continues to be an example of religious co-existence between people of different faiths to this day.
If you plan to visit this town, we would recommend you stay at the 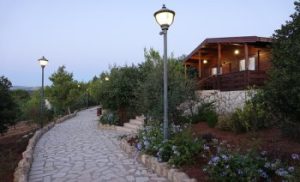 village of Gilead, which is a mere 20 minutes drive from Salt, where you can stay at the endearing Mountain Breeze Resort, which offers a unique experience for every visitor. The resort is set in an oak and pine forest, features stylish lodges, and includes an outdoor activity centre offering many activities and swimming pools and verdant gardens.
The town of Salt combines the modern lifestyle with the traditional authentic Jordanian values, as its society is based on brotherhood, respect, and the warmth of Jordanian hospitality.
Do not miss visiting this charming town, which is steeped in history and charm!