Feasting Your Way Around Jordan

With 1,001 different delicacies to try when visiting Jordan, here is a look at the best venues to feast on regional delights. 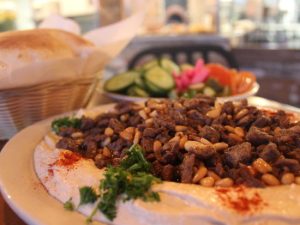 Beginning on the southernmost tip of this small kingdom, the Syrian Palace Restaurant in Aqaba manages to concoct dishes that arc the very essence of Middle Eastern cuisine, generous, sumptuous and served with unwavering Jordanian hospitality. The setting is very seaside-inspired, with shells and aquariums everywhere you look. It would be slightly kitsch if it wasn’t done with such sincerity, the food itself will keep visitors coming back for more. For starters, the choice ranges from cold mezze such as traditional hummus and fiery Muhammara (a pepper dip made with ground walnuts) to hot appetizers including Kebab (Meat parcels made of bulgur wheat, onions and Iamb). There’s also a hearty lentil soup to warm you up on cooler seaside nights, and the fish dishes are particularly enticing, especially the fried calamari, and always have a plate of the Aleppo olives. 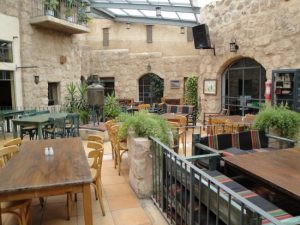 Heading up north, December is one of the busiest times for the town of Madaba, about 30km southwest of Amman. It attracts visitors from around the world who come to tour its Biblical sites, including the mosaic map of the Holy Land. Most visitors walk away with beautiful handicrafts made in the town, some of which are available at restaurant-cum-boutique Haret Jdoudna. Made up of a complex of small shops with tables set around an attractive courtyard, it’s an absolute must-visit. The restaurant is built on the site of an ancient house, with rooms and floors preserved in their original state and rich woven carpets covering the floors and walls, alongside portraits of the family who built the house. The food there is exquisite, with a vast array of comprising fresh bread, barbecued meats and traditional Jordanian dishes such as Kifta (meat tray in yoghurt sauce) and Yalanji (stuffed vine leaves). After a warm mint tea, pop into the shops to buy some delicate pottery or a mosaic wall-hanging as a lovely souvenir. 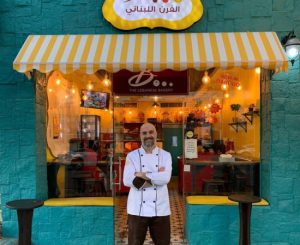 Back in the capital, sample understated Levantine fare at B, a tiny gem of a bakery near the city centre and key to street food culture. Its size means it’s very sparsely furnished, with only a few people able to eat sitting down, but its giant wood-fired oven produces such amazing treats that you’ll dig in without minding being on your feet under the fresh winter sky. Lebanese bakes are the order of the day at B, such as traditional thin pastry smothered in (a mix of oregano, thyme and sesame) and Akkawi cheese, a Middle Eastern staple. The highlight is lahmacun — flatbread topped with ground lamb, herbs and spices. There’s even a pastry version of Knafeh — the classic Levant dessert made of syrup-soaked pastry and string cheese — that’ll satisfy any sweet tooth. 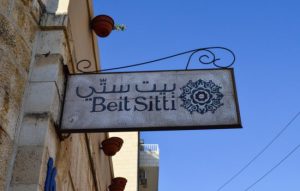 Also in Amman is the family-run Beit Sitti cooking school, where authentic Middle Eastern home cooking comes to life for locals and tourists. ‘What we want to do is transfer our passion for food to anyone interested in ‘real” Arabic cuisine,’ says Maria Haddad, who is one of the school’s founders. The concept has proved incredibly popular, with classes taking place throughout the year in different languages, including English, German and French. There are three lessons a day to cover each of the main meals, and the emphasis is on fresh produce, with guests starting off by doing their own shopping in Amman’s downtown market. Beit Sitti also supports local women by using and selling their homemade spices, making it one of the most responsible ways to eat in Jordan. 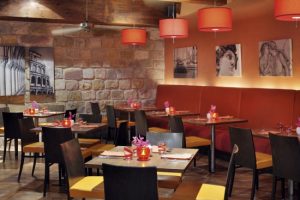 From Amman, it’s less than 100km southwest to the shores of the Dead Sea, one of Jordan’s most spectacular tourist destinations. This is the perfect time of year to visit and take an early-morning float in the highly salty waters to relax. You can indulge your taste buds at Movenpick Hotel’s smart Al-Saraya restaurant, which boasts a Mediterranean kitchen and live cooking station. The aubergine salad with grenadine sauce and beef pastrami make for a delicious start to any meal. For those whose appetites have been whetted, the Oriental mixed grill is a feast of shish kebab, beef medallion and chicken, served with cucumber yoghurt, and of course, you should taste the traditional mansaf (lamb cooked with rice and fermented yoghurt).

South of the Dead Sea, yet more culinary wonders can be found in Petra at The Rock Camp, amid the mountains of 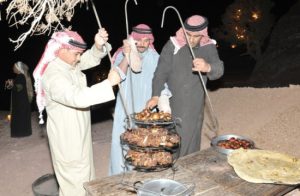 the nearby Beidha area. The local Nabataean architecture – named after the area’s ancient population – will tempt you on a voyage of discovery that will end with the camp’s unique dining experience under lamp-lit, hand-woven tents. There are freshly baked Shraak bread and mezze, but the real treat is the traditional Zarb dinner composed of local meats, vegetables, and rice covered in herbs and spices, slow-cooked on large trays in an underground fire pit for hours before being ceremoniously dugout. Afterwards, relax with a cup of cardamom-spiced Bedouin coffee with traditional oud and music around the campfire – the ideal way to end a delicious adventure.